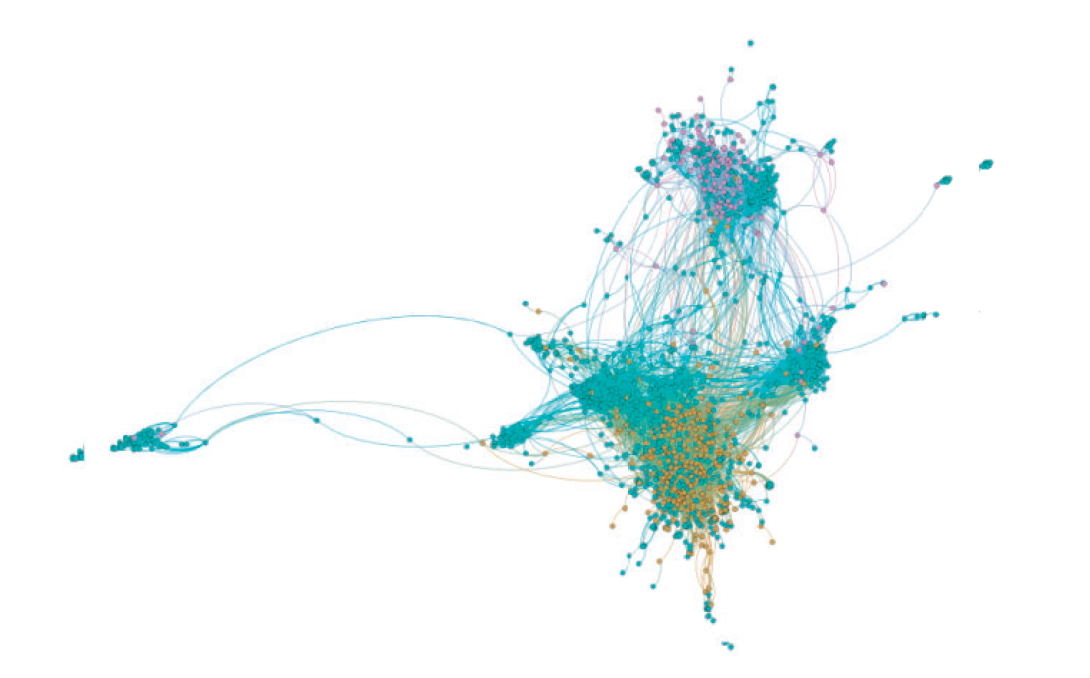 The role of undecided in the vax vs no vax controversy

Toghether with former master’s student Jacopo Lenti, we extended a previous research on the role of the undecided in the pro-vax vs. no-vax debate in social media. The study is now published in the Journal of Complex Network as a paper with title: Ensemble of opinion dynamics models to understand the role of the undecided about vaccines. Spoiler alert: although pro-vax are predominant, their uneven distribution across different communities may leave too many undecided locked up in no-vax clusters. In the medium/long term this may end up in a social media world where no-vax are the majority. However, some strategies could be better than others… The abstract follows here.

In the last years, vaccines debate has attracted the attention of all the social media, with an outstanding increase during COVID-19 vaccination campaigns. The topic has created at least two opposing factions, pro- and anti-vaccines, that have conflicting and incompatible narratives. However, a not negligible fraction of the population has an unclear position, as many citizens feel confused by the vast amount of information coming from both sides in the online social network. The engagement of the undecided population by the two parties has a key role in the success of the vaccination campaigns. In this article, we present three models used to describe the recruitment of the undecided population by pro-vax and no-vax factions in a three-states context. Starting from real-world data of Facebook pages previously labelled as pro-, anti-vaccines or neutral, we describe and compare three opinion dynamics models that catch different behaviours of the undecided population. The first one is a variation of the SIS model, where undecided position is considered an indifferent position, including users not interested in the discussion. Neutrals can be ‘infected’ by one of the two extreme factions, joining their side, and they ‘recover’ when they lose interest in the debate and go back to neutrality. The second model studied is a Voters model with three parties: neutral pages represent a centrist position. They lean on their original ideas, that are different from both the other parties. The last is the Bilingual model adapted to the vaccination debate: it describes a context where neutral individuals are in agreement with both pro- and anti-vax factions, with a position of compromise between the extremes (‘bilingualism’). If they have a one-sided neighbourhood, the necessity (or the convenience) to agree with both parties comes out, and bi-linguists can become mono-linguists. Our results depicts an agreement between the three models: anti-vax opinion propagates more than pro-vax, thanks to an initial strategic position in the online social network (even if they start with a smaller population). While most of the pro-vaccines nodes are segregated in their own communities, no-vaccines ones are entangled at the core of the network, where the majority of the undecided population is located. In the last section, we propose and compare some policies that could be applied to the network to prevent anti-vax overcome: they lead us to conclude that censoring strategies are not effective, as well as segregating scenarios based on unfollowing decisions, while the addition of links in the network favours the containment of the pro-vax domain, reducing the distance between pro-vaxxers and undecided population.