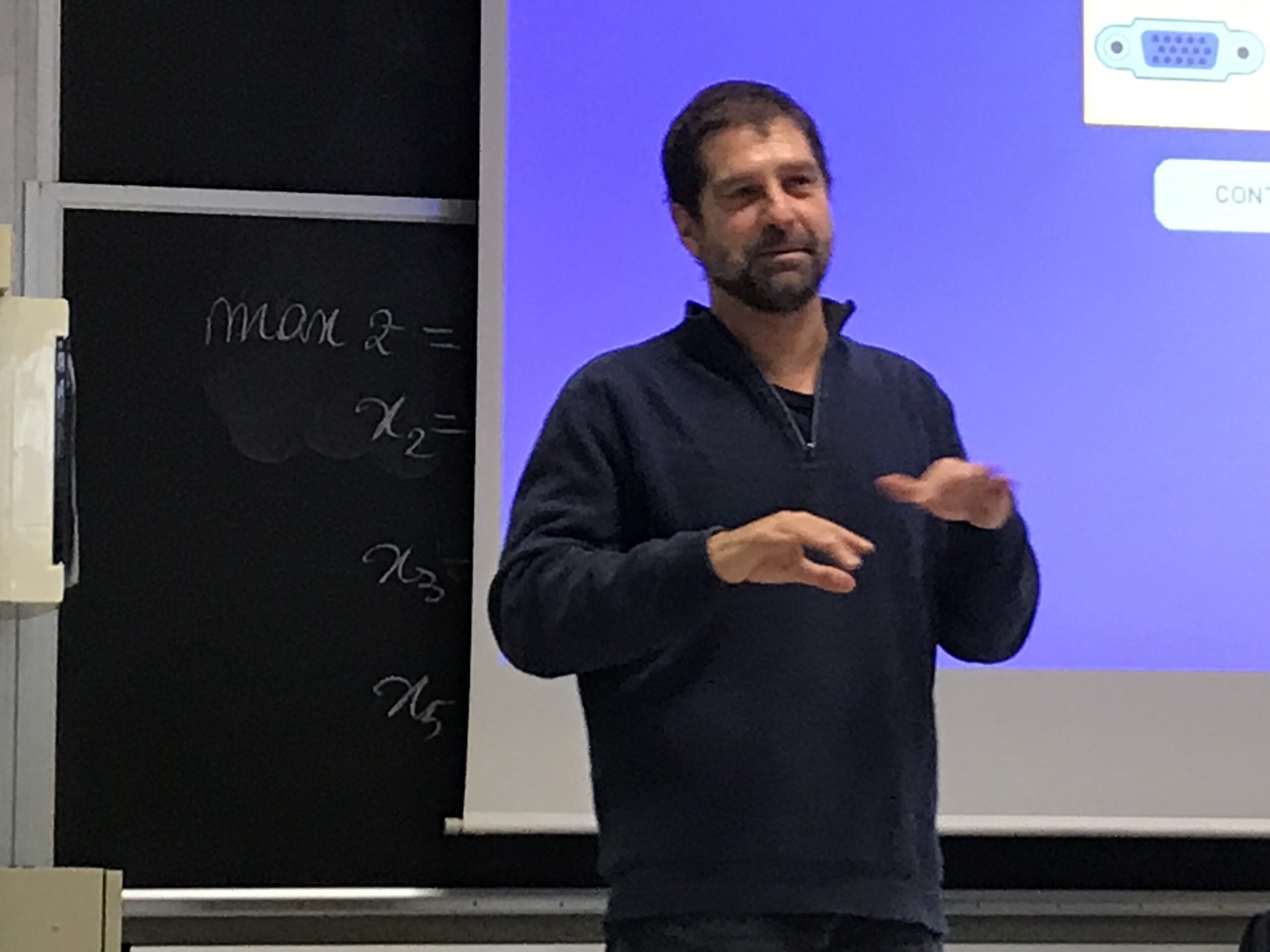 Bio
Sebastiano Vigna’s research focuses on the interaction between theory
and practice. He has worked on highly theoretical topics such as
computability on the reals, distributed computability,
self-stabilization, minimal perfect hashing, succinct data structures,
query recommendation, algorithms for large graphs, pseudorandom number
generation, theoretical/experimental analysis of spectral rankings such
as PageRank, and axiomatization of centrality measures, but he is also
(co)author of several widely used software tools ranging from
high-performance Java libraries to a model-driven software generator, a
search engine, a crawler, a text editor and a graph compression
framework. In 2011 he collaborated to the computation the distance
distribution of the whole Facebook graph, from which it was possible to
evince that on Facebook there are just 3.74 degrees of separation.
Recently, he participated to the analysis of the largest available
public web crawl (Common Crawl 2012), which led to the publication of
the first open ranking of web sites
(http://wwwranking.webdatacommons.org/). His work on Elias-Fano coding
and quasi-succinct indices is at the basis of the code of Facebook’s
“folly” library
(https://github.com/facebook/folly/blob/master/folly/experimental/EliasFanoCoding.h).
He also collaborated to the first open ranking of Wikipedia pages
(http://wikirank.di.unimi.it/), which is based on his body of work on
centrality in networks. His pseudorandom number generator xorshift128+
is currently used by the JavaScript engine V8 of Chrome, as well by
Safari and Firefox, and it is the stock generator of the Erlang language.
Sebastiano Vigna obtained his PhD in Computer Science from the
Università degli Studi di Milano, where he is currently a Full
Professor.