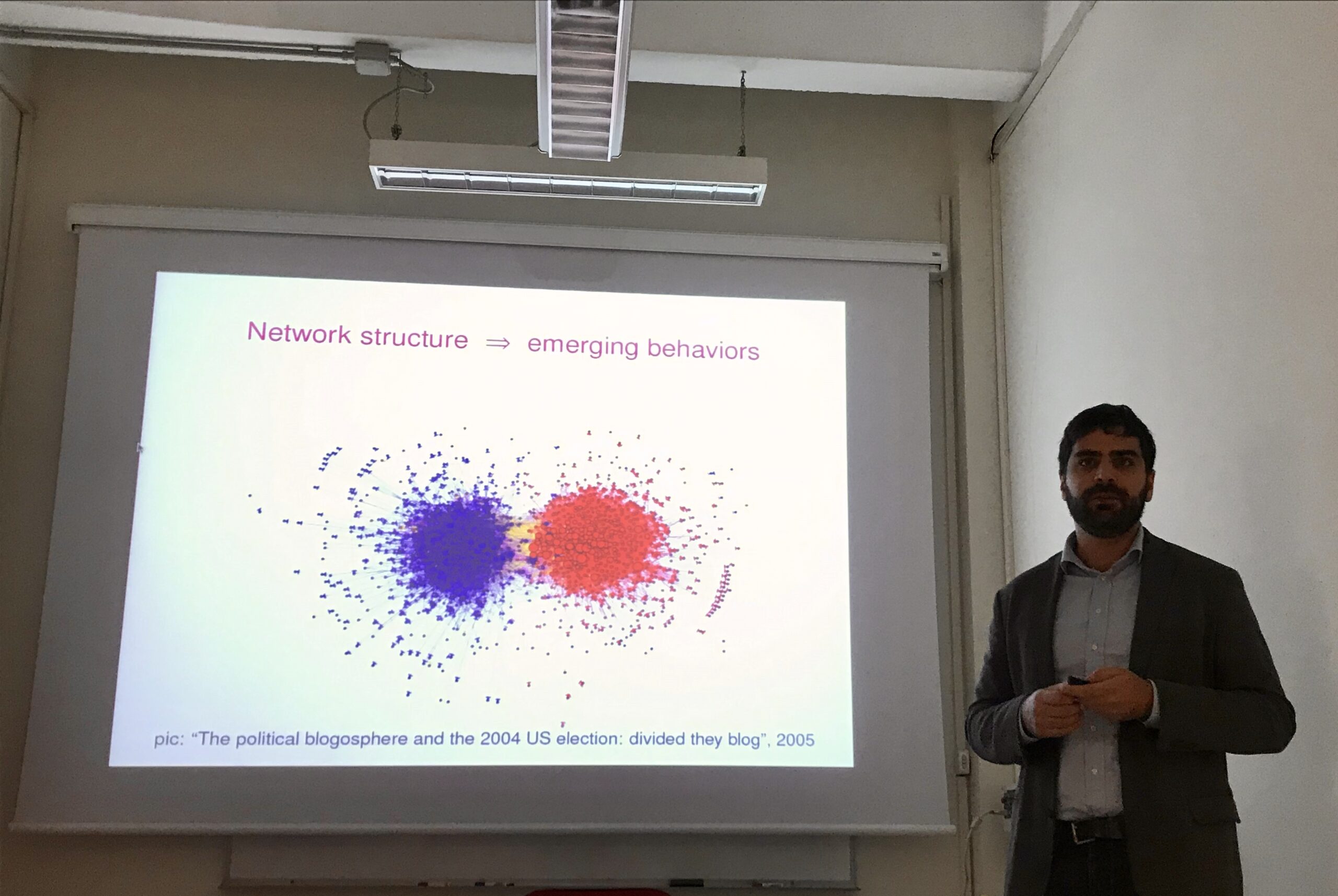 post event edit: the slides of the seminar can be downloaded from here: https://www.dropbox.com/s/c8mekbp0tcjaqsz/Unito-2019.pdf?dl=0

On network games, dynamics, and intervention

There is a growing awareness that several social, economic, and financial systems can often be fruitfully modelled, analyzed, and designed as networks of interacting agents. In such networks, different and possibly complex behaviours may emerge as a result of the topology of the interconnection pattern and of the local interaction rules. In particular, graph-theoretic notions of centrality, connectivity, and conductance often recur in characterising such emerging behaviours. In this talk, we will focus on game-theoretic models of interactions and optimal intervention in networks. We will first review some models and results in  opinion dynamics, discussing conditions for the emergence of consensus vs the persistence of disagreement and polarization, highlighting the role of network centralities as measures of social influence, and formulating optimal intervention and targeting problems. Then, we will consider optimal intervention aimed at reducing the systemic risk in a linear network. Finally, we will present a network formation game where the nodes choose strategically whom to link to and discuss the structure of Nash equilibria in such game. 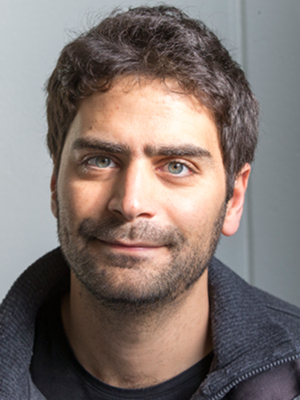 Giacomo Como is  an  Associate  Professor at  the Department  of  Mathematical  Sciences,  Politecnico di  Torino,  Italy.  He has also been with the Department of Automatic Control of Lund University since 2011. He  received the B.Sc., M.S., and Ph.D. degrees in Applied Mathematics  from  Politecnico  di  Torino,  in  2002,  2004, and 2008, respectively. He was a Visiting Assistant in Research at Yale  University  in  2006-2007 and a Postdoctoral Associate at the Laboratory for Information and Decision Systems,  Massachusetts  Institute of Technology, from 2008 to 2011. He currently serves  as  Associate  Editor  of the  IEEE Transactions on Network Science and Engineering and of the IEEE Transactions on Control of Network Systems and as the chair of the IEEE-CSS Technical  Committee on Networks and Communications. He was the IPC chair of the IFAC Workshop NecSys’15  and  a  semiplenary speaker  at  the  International  Symposium  MTNS’16.  He  is  recipient  of  the 2015  George S. Axelby  Outstanding  Paper award.  His  research interests  are in  dynamics, information, and  control  in  network systems  with  applications to cyber-physical systems, infrastructure networks, and social and  economic networks.