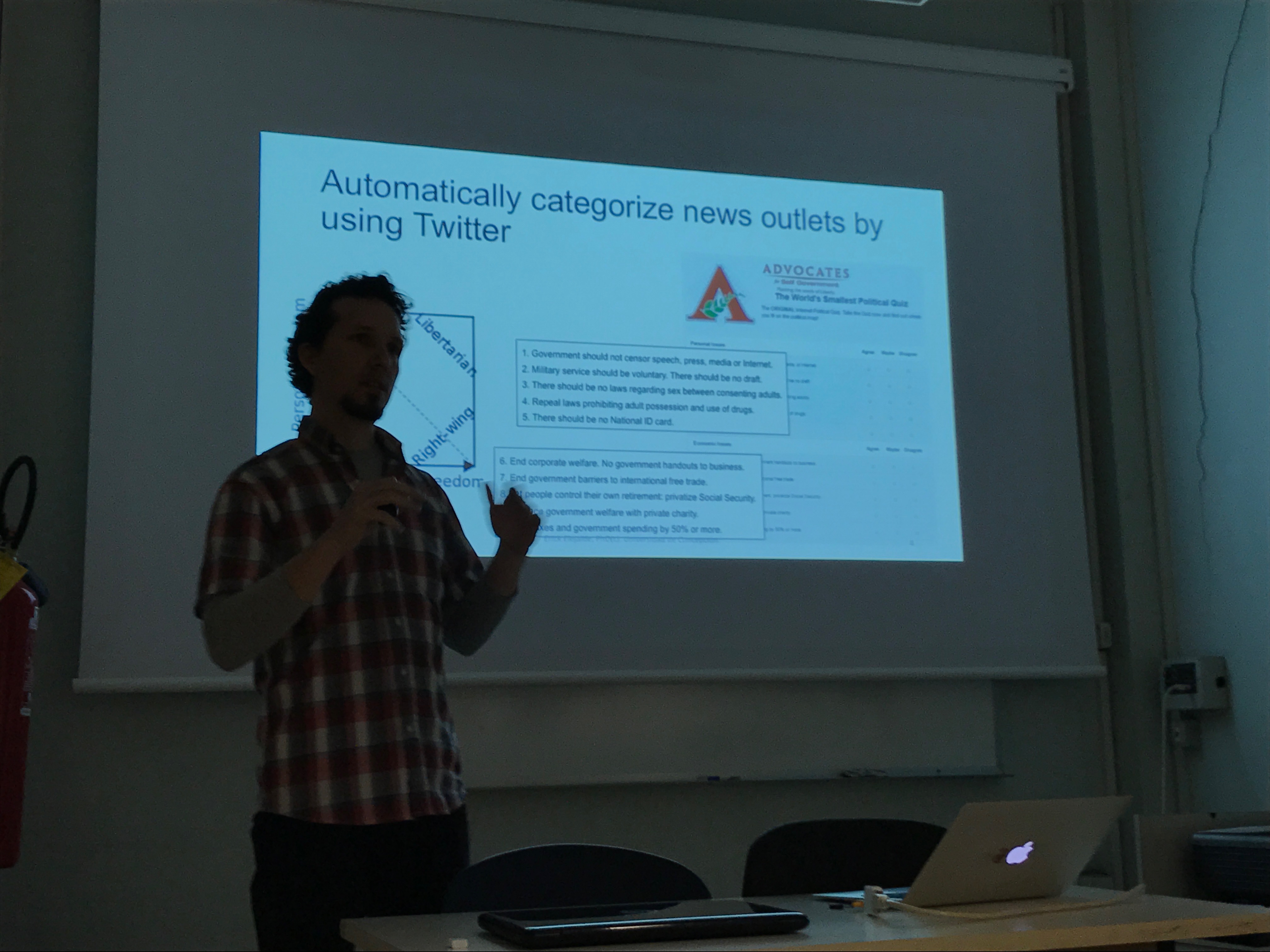 Announcement: Erick Elejalde’s seminar on “The Nature of Real and Perceived Bias in Chilean Media”

Erick Elejalde, Ph.D. candidate at Universidad de Concepción, Chile, will deliver a seminar on March 16th at the Department of Computer Science. Please find below title and abstract of his talk.

Title
The Nature of Real and Perceived Bias in Chilean Media

Abstract
News consumers expect news outlets to be objective and balanced in their reports of events. However, there is a body of evidence of bias in the media caused by underlying political and socio-economic viewpoints. Previous studies have tried to classify the partiality of the media, sometimes giving a quantitative evaluation, but there is li le reported on its nature.  e vast amount of content in the social media enables us to quantify the inclination of the press to either side of the political spectrum. To describe such tendencies, our work used tweets to compute a news outlet’s political and socio- economic orientation automatically. We show that the media have a measurable bias, and illustrate this by showing the favoritism of Chilean media for the ruling political parties in this country. We also found that the nature of the bias is re ected in the vocabulary used and the entities mentioned by di erent news outlets. A survey conducted among news consumers con rms that media bias has an impact on the coverage of controversial topics and that this is perceivable by the general audience. Having a more accurate method to measure and characterize media bias will clarify to the readers where outlets stand within the socio-economic landscape, even when a self-declared position is stated.  is will empower readers to be er re ect on the content provided by their news outlets of choice.